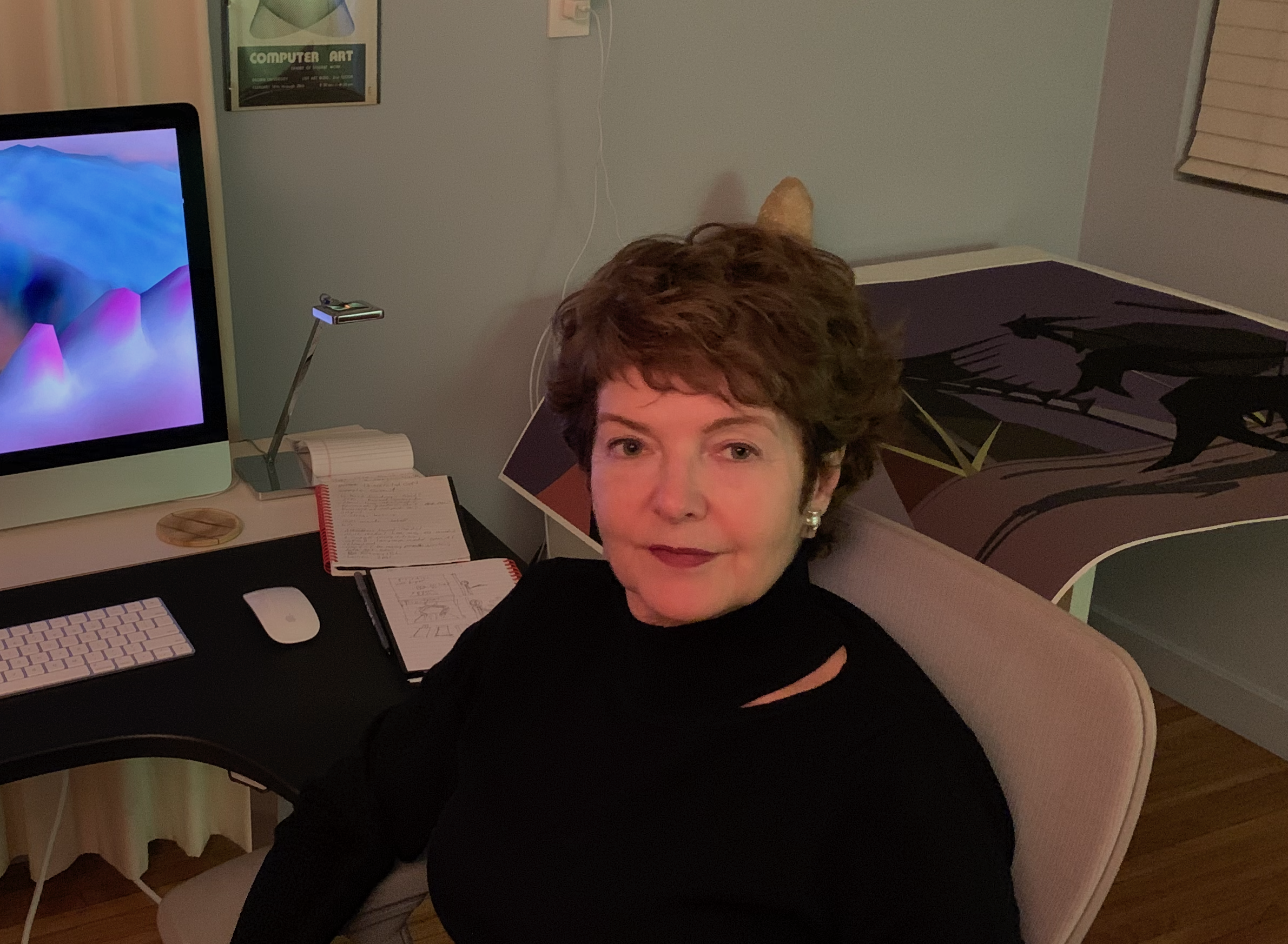 Rebecca Allen is an internationally recognised artist inspired by the aesthetics of motion, the study of perception and behaviour and the potential of advanced technology. From the mid 1970’s, Allen was a rare female artist working in the early stages of computer art and digital technology. Her pioneering artwork, which spans over four decades and takes the form of experimental video, large-scale performances, live simulations and virtual and augmented reality art installations, addresses the future of gender, identity, nature, and what it means to be human as technology redefines our sense of reality.

With degrees from Rhode Island School of Design and Massachusetts Institute of Technology, Rebecca moves fluidly between artist studio and research lab, using her research to inform her art. Though widely recognised as a contemporary visual arts medium, Allen was one of the first artists to utilise the computer as an artistic tool to make art involving human motion simulation, AI/artificial life algorithms and other generative techniques.