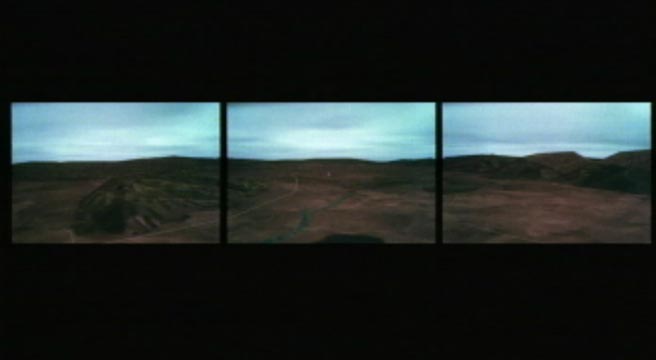 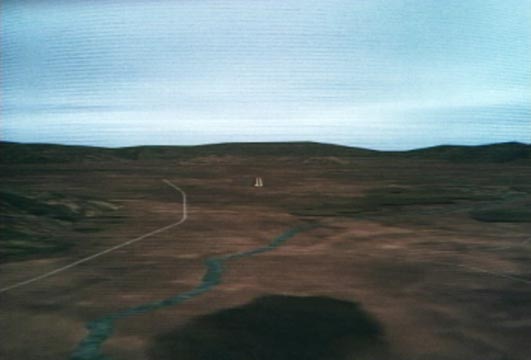 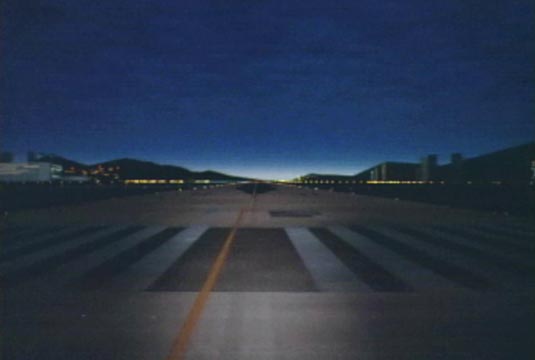 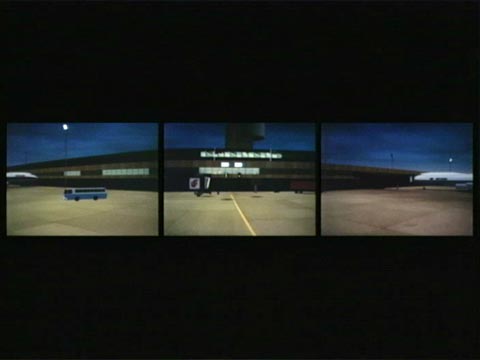 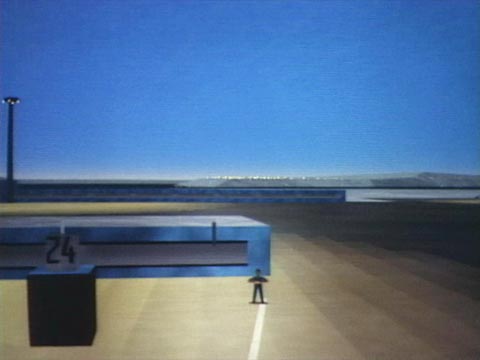 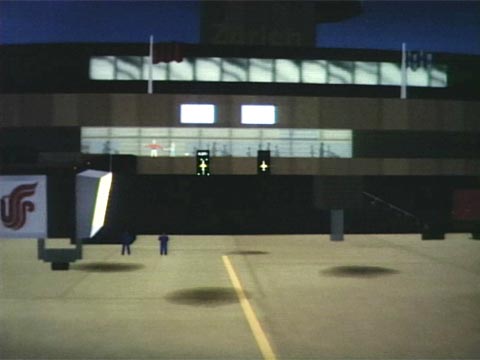 FROM MEMORY PALACE: A MULTIMEDIA PERFORMANCE

Commissioned for the Spanish Pavilion at the 1992 Seville World Expo in Spain, this work was part of a 60 minute multimedia performance titled Memory Palace. Vast familiar landscapes, simulated on the computer, span over three screens of projections, creating a panoramic window that surrounds an audience. The animation was filmed in real-time, with a state-of-the-art E&S flight simulation system.

COMMISSIONED BY THE SPANISH GOVERNMENT FOR SEVILLE WORLD EXPO '92

Thanks to John Vince