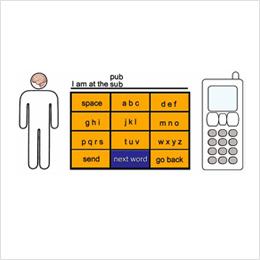 Liminal Devices, Allen's research group at MIT Media Lab Europe, developed a series of subtle, intimate interfaces; some utilized physiological sensors such as EMG and EEG. Research in Brain-Computer Interfaces (BCI) focused on determining which constraints explicitly and implicitly imposed by traditional testing environments may be relaxed while applying BCIs to everyday environments.

A Brain-Computer Interface (BCI) is a communication and control system that does not depend on peripheral nerves and muscles. BCIs typically utilize the electrical activity generated in the brain, through Electroencephalogram (EEG) recording and signal processing techniques, to derive and apply user intent in applications ranging from composing letters and music to controlling devices such as TVs and prosthetics.

EEG BCIs use a variety of brain activity including mu-rhythms, which correspond to motor movement, Slow Cortical Potentials, which are voltages changes in the cortex, and the P300 signal, which is a large positive signal that occurs with task relevant and novel stimulus. Of these, the P300 signal is the only one that does not require training.

The Think and Spell project involved expanding the T9 word prediction algorithm, used for texting with mobile phones, for use in a P300 based BCI to select and compose messages. In addition to assessing T9's effect on bandwidth, studies were designed to evaluate users' subjective experience, with an emphasis on comfort using a BCI.

A T9 ambiguous keyboard algorithm combined with context-sensitive word selection reduces the decisions required to 'type' a word. This approach can benefit spelling brain-computer interfaces which typically have less than 100% accuracy and slow information transfer rates. To support our approach, we built a prototype context-sensitive predictive text system.

To assist in this work, we developed an approach to apply commonsense knowledge to the problem of selecting a word from a sequence set for a text entry. The approach extends the standard predictive text approach to make it context-sensitive. It works by overriding the contextfree frequency-based sequence set orderings to raise the prominence of words that are related to the current context.

Results from a prototype showed that the success for the system was dependent on the amount of knowledge it had for the tested context domain.

The preliminary results support that context-sensitive addition to ambiguous keyboards can reduce the number of next word selections when provided with enough knowledge about the domain. An online P300 speller BCI was created to utilize this system.